Two more arcade game collections are coming to physical release on Evercade this July. Jaleco Arcade 1 brings 8 excellent arcade games from the popular Japanese publisher, which has already released a home console collection with Evercade previously. Alongside this, we return to Spain and bring 6 more hidden gems to Evercade with Gaelco Arcade 2. Both physical cartridge collections will come with a manual in a clamshell case and will work for all Evercade systems. 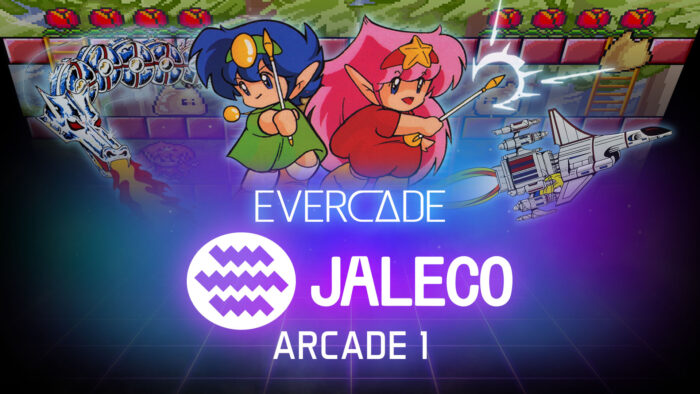 Jaleco is one of Japan’s most famous game publishers when it comes to international recognition, especially in the United States where it operated a local office until 1993. From multiple games on 8-bit and 16-bit consoles, the publisher also made a great name for itself in arcades.

Bringing about some formative experiences for many and some great arcade-to-home conversions, this collection focuses on games that you wouldn’t see grace the home console market, whilst also bringing what many consider to be definitive versions of their favourite titles. It also brings a bit more focus on Evercade’s expanding range of shooters and multiplayer platform games.

Included in this collection are:
- Rod Land
- The Astyanax
- Saint Dragon (which some of you guessed from our teaser)
- 64th Street: A Detective Story
- E.D.F. Earth Defence Force
- Avenging Spirit
- CyBattler
- P-47: The Phantom Fighter 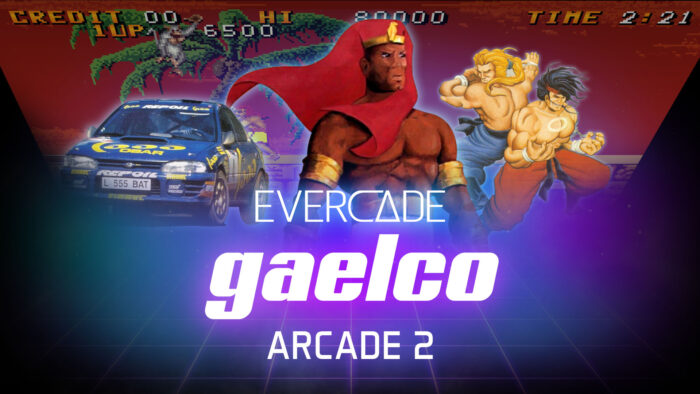 It was great to see how many of you loved discovering the great titles on the first Galeco Arcade Collection. A feast of hidden treats for many and a source of great nostalgia for others, the Spanish arcade great is back with even more fun titles, many of which see their first-ever release outside of an arcade in this collection.

The collection brings two sequels, two sports titles, and a puzzle game, alongside what many consider to be Gaelco’s defining platform title. Like the collection before it, the Gaelco games are the interest of many arcade connoisseurs but have been difficult to emulate correctly due to many security measures placed within the arcade boards of the time. It’s only in the last few years that incredibly clever and passionate groups and individuals have managed to get these titles running as they would have been originally experienced and we’ve been delighted to be working with them in bringing this collection to Evercade

Both collections will be available to pre-order on May 31st 2022 and will be released at the end of July 2022!